A couple miles down the road from Bethlehem, bordered on all sides by cornfields and soybean fields, you come to an intersection and this jumps out at you from behind the corn ... 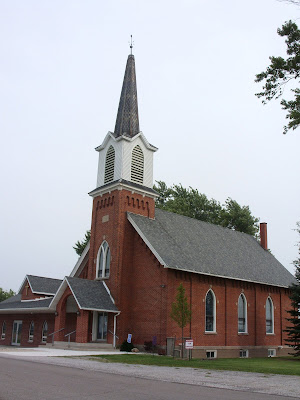 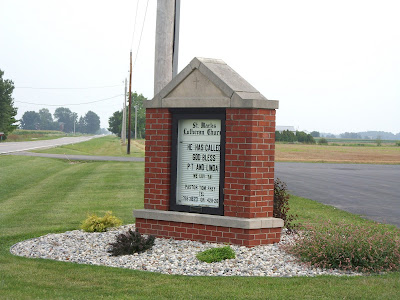 It was apparently expeditious to use the same blueprint for both of these little churches at the time they were built. At some time, however, a basement was dug underneath this one - and an educational wing added here too, not that long ago as a matter of fact. 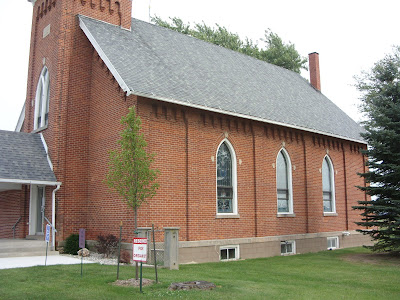 Look at the fish-scale shingles on that steeple! 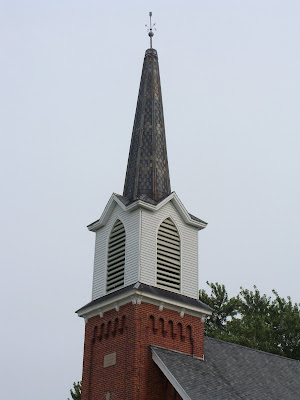 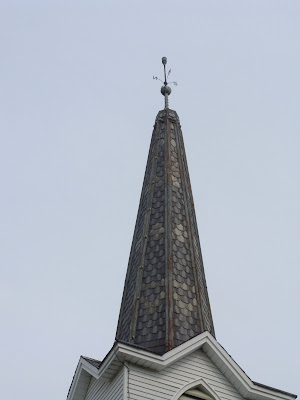 Cornerstone not in the corner, but high up above the front door, in German. 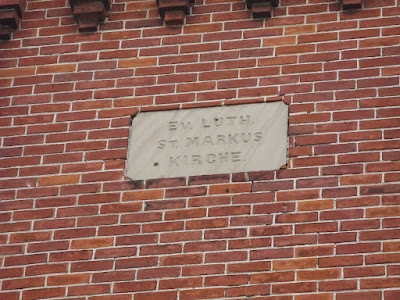 Same again over the front door. I'm speculating that perhaps this church was established as a firmly German church, and the other one more of an English-speaking church; although during the 19th century when these congregations were being established, German was still pretty much universal; in particular for the German farmers who founded churches such as these. 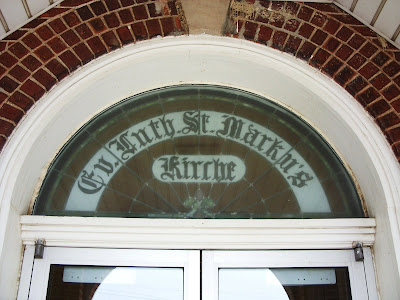 This church wasn't standing open! I wish I could have gotten an inside look at these windows. I tweaked these photos to bring up the window detail as much as I could, since these were west-facing with alot of sun glare. It appears that perhaps they're more elaborate than the ones at Bethlehem; more intricacy to the geometric designs. Look close to see the small circular chrismons in the center of each. 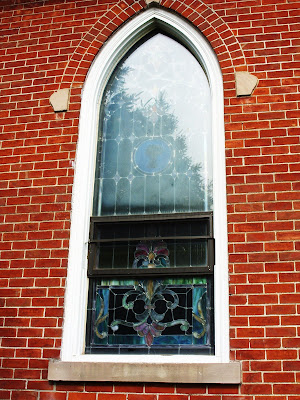 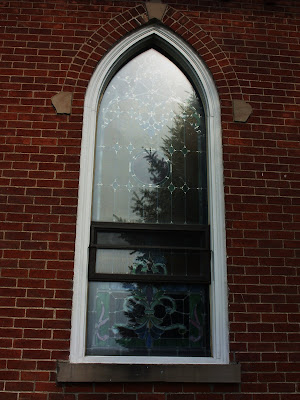 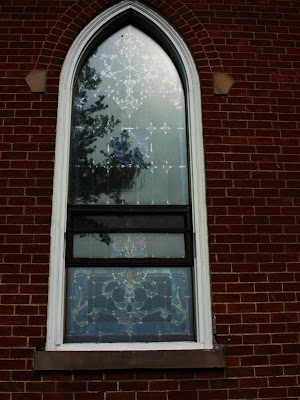 Good back view of the church from their cemetery (I need to get back out there and get pictures in both of those cemeteries!) 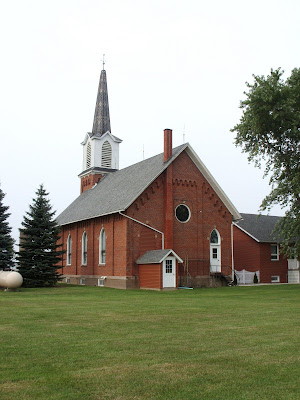 ... and yes, that's another Gethsemane window over the altar! 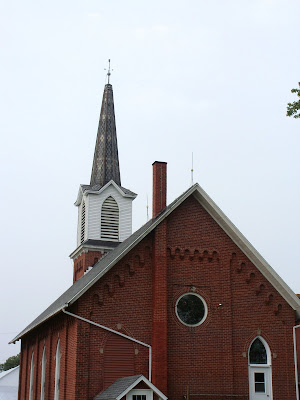 Picturesque view from behind the pines ... 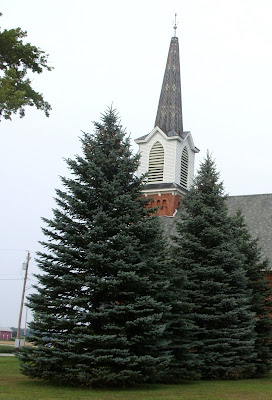 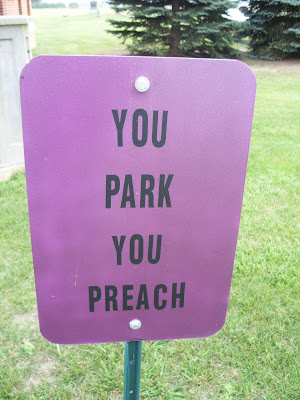 "How lovely is your dwelling place, O Lord, Almighty! Blessed are those who dwell in your house; they are ever praising you." 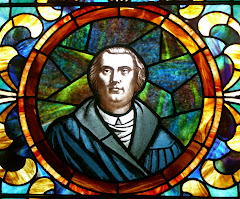 “When we see a spire from the road, that sight ought to make our hearts beat like the heart of a lover at the sight of the roof under which his lover dwells. We ought to be unable to take our eyes off it.” 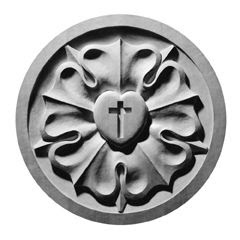 "Be a sinner and sin﻿﻿ boldly,﻿ ﻿but believe and﻿﻿ rejoice in Christ even more boldly..."

Martin Luther, from a letter to Melanchthon 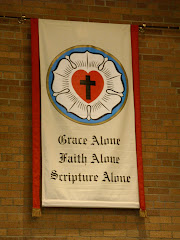 While I am ELCA, this is not an ELCA-only blog. This blog is meant to celebrate our architecture and history as Lutherans. This blog is NOT the place for doctrinal debates, or that exercise in sectarian arrogance politely known as "apologetics". No such posts of this type will be approved. Thank you for treating your fellow Lutherans and fellow Christians with tolerance, acceptance, and respect. 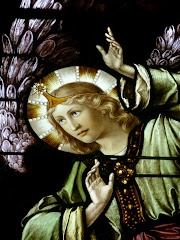 Congregation Links - if your congregation isn't listed, please send me your link! 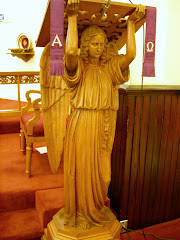 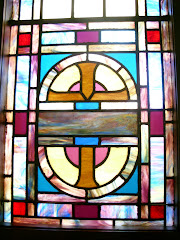